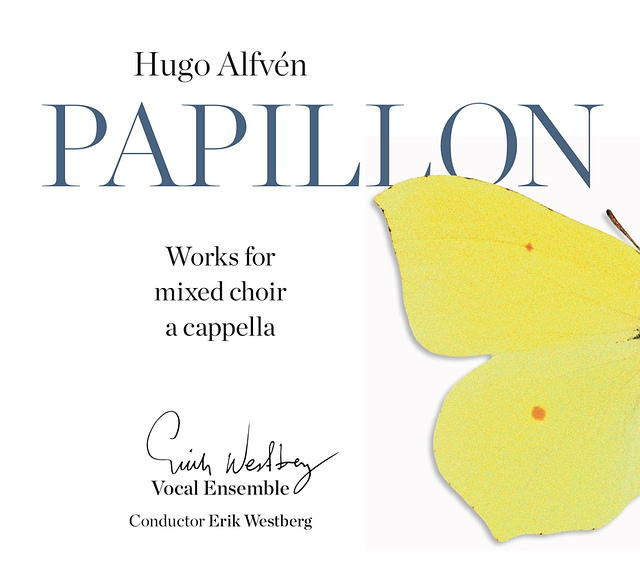 Hugo Alfvén, who this year would have celebrated his 150th anniversary, was for decades one of Sweden´s most highly esteemed composer. Many of his compositions for men´s choir and mixed choir number among Sweden´s most beloved. They have become a part of the Swedish choir music´s soul.

Twenty of these songs have now been recorded by the Erik Westberg Vocal Ensemble. A number of these, including A Song of the Youngsters´ Island (En visa om Barnens ö), The Song Thrush (Taltrasten) and Christmas Hymn (Julhymn) are recorded here for the first time. His well-known original songs The Evening (Aftonen), Ambient Mood (Stemning), Butterfly (Papillon), Star of Christmas (Julsång) and others, are also included on this CD.

This record is issued on Swedish Society/Naxos Sweden in collaboration with the Hugo Alfvén Foundation at the Royal Swedish Academy of Music.